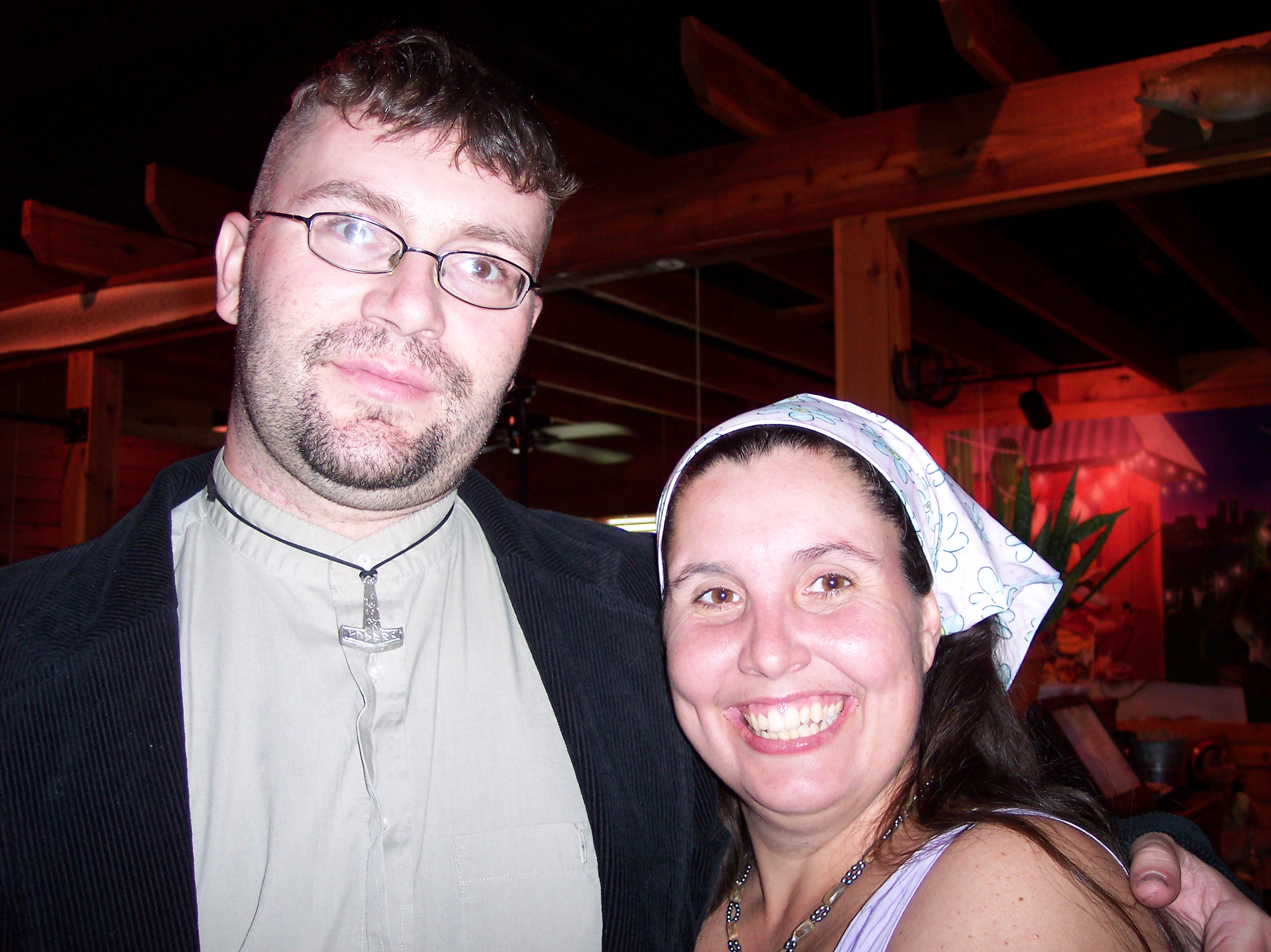 One day I got tired of my creativity being pushed down by “the man” (and several women, a few bureaucrats and a cat). I knuckled down on my dream: being a full-fledged author and comic book maker. It’s been hard. And I’m still tired, still fighting delays, still hoping my ship will come in.

But because of my pursuing my dream, I met Pestilence.

We met online while he was stationed in Iraq.  We talked a little here and there a while, and then pfft! He disappeared for a full month.  I thought to myself, “Well, crap. I chased another one away.”

It turned out that he’d been sent last minute to Sauder City. I remember when he returned, he expected me to know about the invasion from the news and proudly asked if I’d seen the reports.

Days before our marriage, I fell in the hallway of his father’s house and severely twisted my ankle.  We think it might even have been cracked: I still have a lot of trouble with it these days.

He had proposed to me many times in the few weeks before that, but I turned him down each time. We’d not even known each other six months. I didn’t want to risk having a bad marriage.  Be that as it may, he wore me down and took me to the courthouse outside of Marquette Heights, Illinois.

The people responsible for our union told us that normally you had to wait a few days to get married, but because he had to go back to Iraq in just as many days they pushed up the procedures.  You should have seen me limping from room to room in that courthouse; my foot swollen and… well. It was blue. Aren’t brides supposed to wear blue?

I often tell people I had a caveman wedding. Instead of clubbing me on the head, he broke my foot to keep me from running away.