There’s something I’ve been wanting to do since I came home from being with Tim at Fort Polk. Turn part of my house into a book nook.

At first I wasn’t sure of the location. I kept eyeballing certain areas thinking, “Maybe here.” And then,”No, maybe over there.” Then the sliding door to the upstairs closet ripped off a fake nail (still painful) and the moment was decided. I pointed to the door and said, “Off with it’s head!” My friend who was living with me at the time was literally shaking as she removed the door, because theatrics terrify her.

The hall closet has been sitting open ever since and has become a sort of junk depository. Well, it was already a junk depository along with much of the house because my husband literally will not walk three steps to put something back where it belongs. However, I keep trying to tame bits here and there. I’m doing it by myself so it’s difficult, but I’m trying.

Over the past year I’ve been buying odds and ends for the planned booknook. I have a Fingerhut account so I got a small bench – painstakingly researched to make sure it would fit because the hall closet is a small space. I have a gear wallclock, a couple of buckets of paint, and a sample of some wallpaper I’d love to be able to buy. (It’s very expensive.) I’ve got a drawing of what I want where, and deep in my gut for the past couple of months I’ve been feeling that it was almost time for me to begin. Yesterday was the day.

So for your general reference, my closet started out looking something like the left aligned picture over there. Gross isn’t it. Even though what I really wanted to do was throw everything there into the garbage, common sense reminded me that I’m not one of those women that collects shoes. My three pair of shoes are in that pile. Step one instead was to finally unbox the Fingerhut bench.

The unboxing began, as you can see by the picture to the right. And it was kind of exciting, partly because I’d forgotten what kind of bench I’d ultimately picked out. I knew I’d chosen one that would normally go in the foyer for people to sit on for changing their shoes. So when the bits and pieces presented themselves it was like getting a Christmas present.

I waited to unbox the bench partly because I was busy, but also because I didn’t want to damage it. Turns out it was damaged already. Parts of it were very poorly put together. My excitement cooled down a bit when we noticed that, but I’ve repaired furniture before and this was an easy fix. The only damper was that my project was going to have to wait a bit in regards to the bench. It spent the night glueing up in one of the rooms.

You can see another picture to the right. I tried to photograph some of the damage but I don’t think I did a very good job.

We had to stop after that but hopefully we will resume today. My booknook project is actually a very simple one. Basically we have to clean the area, repaint, remove some of those shelf lines, place bench, and then over time buy the rest of the parts I will need to make it perfect. Those parts will be molding, pillows, LED battery lighting, a clothes hamper, and tile.

The tile is going to be the biggest challenge. That old carpet is okay, I guess. I don’t want carpet, though. Carpet encourages allergies, and I’m sick of being sick as we all know. Besides, I like tile and they have some real awesome pieces that look like wood. So I’m set on that. My plan is to buy some here and there until I have enough. I’m pretty sure I can lay down tile. It’s getting the tile cut that worries me.

Am I going to have a theme? You betcha… but… how about we let that be a surprise? I’ll give you a hint. I’m going to use the color red.

Yep. I’m scrambling as I try to get ready for AnimeZAP! while trying to keep the work load going at the same exact time.

However, I gotta stop to say: 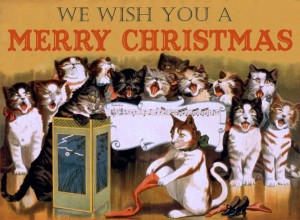 When it comes to AnimeZap! stock, I guess I’m… okay. I’m waiting on some items from the printer, but some won’t come in time. The magnet doll I’ve been planning forever and a day has been put on slow speed due to the lack of good working die-cutter. This is the same for the charms. And I wish to fucking hell I could get the message across to prospective new clients that I don’t format anymore. No really, guys. I’m sorry you need me. It isn’t that I hate you. I just don’t have enough hours in the day.

I can’t get stock for the magnet doll, who I have named Bubbles, ready by AnimeZAP! I can however slowly, oh so slowly, get a prototype made to display at the table. That’s what I’ve been doing a little each day. Today was a huge leap because I solved a doll stand problem I’ve been mulling over.

Bubbles (and hopefully in the future her friends) is meant to be a paper doll with moving parts. I tried putting brad paper fasteners at her shoulders so her arms could move but they were too bulky. I’m looking for a better solution; something much flatter. In the meantime I managed to cut a version of her sans moving parts. This isn’t as easy to assemble as you think it is, because I have to cut two separate parts and assemble them. The parts like to stick to themselves and ruin each other in the process.

Her clothing sets are all going to be handmade miniature works of art. Or at least I hope so. The reason for this is because one art form I value is the paperdoll. Way back in the day, paperdolls were very valued members of the play room. They were given special cases or their own houses. Their clothing were elaborate displays of fine materials. There was even a woman who put herself through college by making and selling paperdolls.

I was going to treat Darling’s wardrobe the same way, but she never kicked off. When I sat down to reboot my little project, I realized her look was all wrong. I wanted something a bit cuter because I aim to have some of her outfits to be cosplay costumes.

In case you haven’t guess, Bubbles (and future friends) is not meant to be a mass produced item. I want to keep her at the nearly-hobby level. I’ll make stuff here and there. I’ll make a doll and her own stand. I’ll cart them to a con to sell. What’s left may or may not end up on etsy. And that’s it.

My paperdolls weren’t originally going to be magnet dolls, but doing in that direction freed me up a bit and today the stand found itself getting made. I started with Bubbles (prime), a 5×7 picture frame, printouts, and a 5×7 bit of sheet metal. For the record I seriously hate making backgrounds and don’t have the time to make one right now, so I settled for buying the rights to one.

I don’t really want to go into the actual crafting process, even though it’s kind of obvious if you take a look at the photo above. Once upon a time I had posted a day by day crafting process for turning a Barbie into a mermaid. Within a few months, one of the doll magazines I liked posted the process with even the same words I used in places… but written by someone else. So forgive me for having been burned way too many times. I’m confident though you can figure it out. It’s hardly that original.

When I was done I had the following.

One thing I want to do with this crafting venture is use as many recycled materials as possible. So rather than buying new frames every time I make a stand, I’ll be on the hunt at garage sales and similar places. I want to keep this project as fun, crafty and… well… free of spirit as possible. Each stand is probably going to be slightly unique as a result, although I probably will re-use backgrounds.

Maybe I’ll use backgrounds I make or have made for the visual novel, The Brat. Oh – you thought I’d forgotten hadn’t you… no. No, didn’t forget. I’ve been writing script. I’m a lot farther along. I should like to hire people to do backgrounds and some other things, but the budget for it right now is something like zilch.

Anyway, that’s the news around these here parts. I hope you’re having a nice “winter”! Don’t get too hot out there.