Ever wonder what Heavenly Bride’s Mercy Academy looks like?

Well, I’m at a point in the story where I can condone taking time to figure it out. So for my Easter Sunday that’s what I did. I built one of the outside faces of the Mercy Academy.

It wasn’t easy because Charlie is having one of his yearly hardware failures. (We’ve narrowed it down to the motherboard, but alas it is an expense that will have to wait.) Still I fought past system freezes and various reboots to get it done. It had to be done. Here it is: 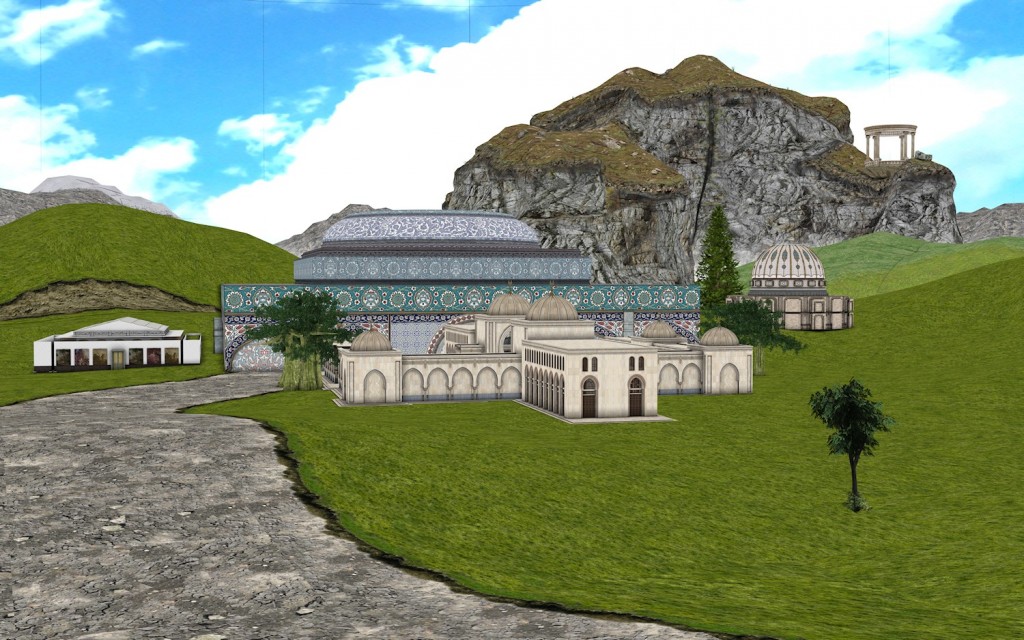 And then I had to set about to taking this image and using it as a backdrop for the setting of the next page. Yeah, sure, I could just use the set you just saw but even when Charlie is at his prime that would be a lot of work for him. 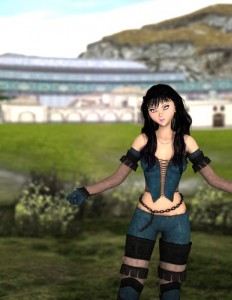 So we condense and copy, and build, and we have manageable files.

The set needs a bit of tweaking. And a big tree (which I somehow have to buy). But it’s almost ready. I’m not sure when I’ll be able to resume page making though. Charlie’s in such a bad way a tiny 400 pixel wide picture took him 3 hours to render.

But this is this and that is that. And now you have a better idea of where Taus spends her days.